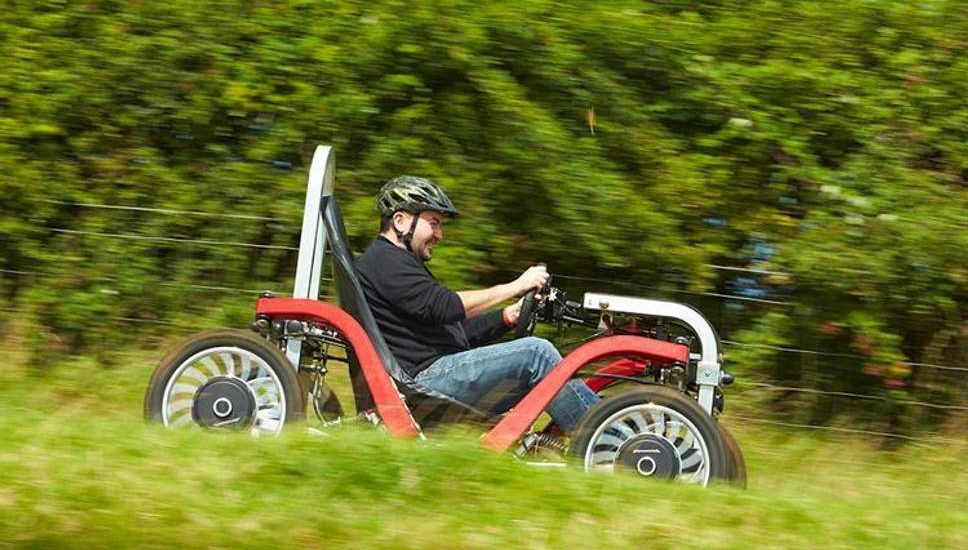 When you first see the Swincar E-Spider, the phrase ‘extreme off-road’ might not be the first thought to pop into your head. But it’s pretty much guaranteed that it will be the only thought in your head five minutes after you’ve started driving it.

A 1kw brushless electric motor sits in each wheel hub, giving it a top speed of 30km/h and all-independent four-wheel drive. The batteries in the base of the machine give it four hours of run time from a two-hour charge, with top-up charging coming from a regenerative braking system.

So far, so simple, but it’s the way the E-Spider covers ground that is so remarkable. Go around a corner or across an incline and the whole plot leans over or arranges itself in whatever way it needs to in order to keep all four of its spindly tyres in contact with the ground. On rougher terrain, the E-Spider splays out to boost equilibrium and stability.

It’s quite a thing to behold, and even more remarkable from the driver’s seat, where there’s a sensation of not really knowing where the Swincar is going to end up. There are just so many dynamic variables for the first-time driver to get his or her head around. The main point being that, wherever you point it, chances are it will get there. Instant torque and four-wheel drive kept it moving forward on our tough quad bike course without a care in the world. 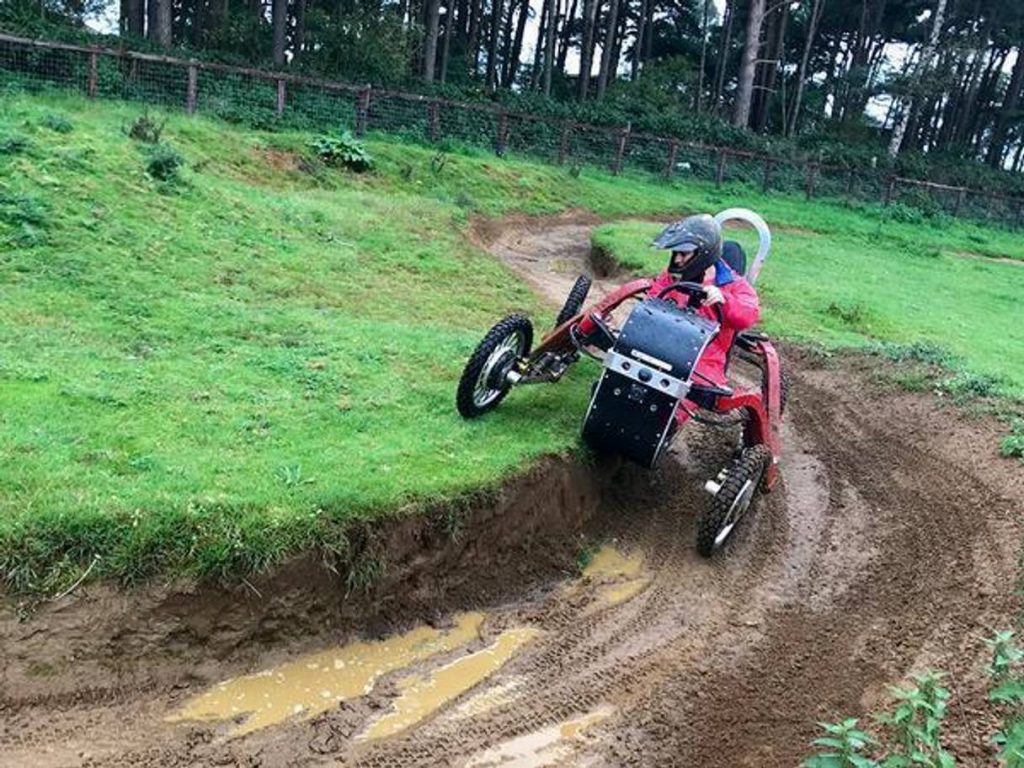 The beauty of electric power of course is that it maintains the peace of the countryside. There is a bit of motor whine, but apart from that you’ll feel a lot more virtuous driving this than you would driving a noisy quad bike. You can still hear the twittering of the birds, the breeze rustling through the trees and the stealthy cocking of Farmer Giles’ shotgun as he hides in the bush.

The fly in in the Swincar ointment at the moment is its £13,495 price, but with everybody and his dog hurtling ahead with the development of electric propulsion, it seems inevitable that these costs will reduce over time.

Tony Middlehurst is a writer for PistonHeads.